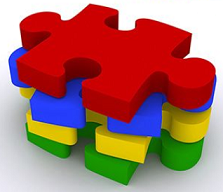 ​Parent Help (under the newly formed Northland Child Abuse Prevention Society Incorporated or CAPS Northland Inc) was started as a telephone helpline for parents in 1980 by Plunket Nurse Alice Baxter and Paediatrician Dr Donald Beasley.
​
Through the 1980s the demand for the service was growing and the first paid administrator was employed, Geoff Rawlings, who applied for money and supported the phone volunteers.

The public profile of Parent Help began to grow and they moved into an office above the current Red Cross Shop in Bank Street.
Helen Snell later replaced Geoff. Helen was a strong advocate for the safety of children and young people. She connected the agency up with fledgling groups in Auckland, Wellington and Hamilton who had set up the NZ Child Abuse Prevention Society and met regularly with the aim of raising Government awareness about child abuse.

A spate of youth suicides in Whangarei in the mid 1980s led to the expansion of Parent Help to run Youth Help with its own Youth Helpline. Penny Salmond who had recently set up Rape Crisis in town became the co-ordinator for Youth Help which had its own group of youth volunteers. The phone line continued to operate and as well the agency had a team of home visitors to help and support mothers and babies.

In the late 80s a refuge house for young women was established by Youth Help. From there a government contract was secured to help fund Parent Help, Youth help, the Refuge and also for a new venture called Homebuilders. Lois Mouldey took over as manager, Libby Long was employed as the Homebuilders Manager, and Min Reeves became the Youth Help coordinator.

The agency was very busy for the next few years running child abuse prevention courses in Play Centers, Kindergartens, and Parent Groups, and running parenting courses. The phone line continued to be used for years but was operated from the office, the role of volunteers finished in 1989. The Homebuilders money from the government assisted the organisation to purchase a property, the current premises in Otaika Road.

In 1992 Oprah Winfrey on her televised program talked about her own child abuse experience and talked with other survivors. The NZ Child Abuse Prevention Society and others were aware there needed to be some support available for viewers when it was shown in New Zealand. So around the country helplines were set up. Whangarei used the switch board at the Northland Polytech and counsellors from Miriam Centre, Rape Crisis, Parent Help, Youth Help, Family Works (Genesis Centre then) managed the phones. The calls began before the program and carried on for hours after the program and for the next few weeks women called the agencies.

All around the country the phones were deluged with calls from women and some men who had never talked about their abuse. Thousands of calls opened the issue of child abuse up like nothing had done before in New Zealand.

By the 1990s Parent Help had developed a professional and solid reputation with counsellors, educators and awareness raisers, such as Mike Lee, Celia Hall, Mereti Taipana, Rose Henare and Gloria Ramsay. By the mid 90s the agency had become Parent and Family Counselling Service. In the 2000s the name was changed to Jigsaw North - Manaaki Whānau and Jigsaw North became a member of the Jigsaw national body of like-minded agencies.

The name "Jigsaw" was seen as positive, child focused and was about putting pieces together for individuals and whānau within the wider community. Jigsaw national was a pro-social organisation, being a positive voice for children and whānau, working in a bicultural way, with strong positive messages for violence free parenting .

​Since the disbandment of the Jigsaw national umbrella organisation, Jigsaw North has continued on as a not for profit organisation, supporting tamariki and whānau in the wider Whangarei area.
​
While staff and managers have changed over the years, the dedication to preventing family distress and child abuse, supporting families to do the best job they can in parenting their children, raising awareness of issues for families and whānau, as well as delivering quality professional services remain.